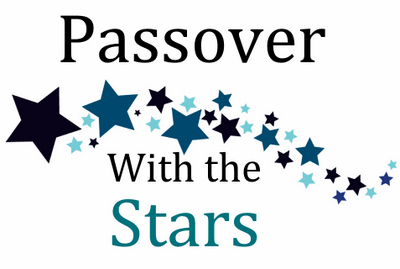 In celebration of Passover, our popular series, Cooking with the Stars returns.  We are gathered around the Passover table, sharing favorite family recipes from some guest culinary stars. Some of these recipes are beloved heirlooms; some are updated treasures,  several are new and contemporary. All are truly delicious!

We thank our culinary Stars for sharing their cherished family food jewels, and wish them all a happy, kosher Passover! 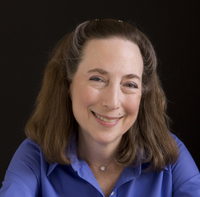 Rose Beranbaum – Perfect Roast Chicken Stuffed with Spicy Matzoh Brei
Rose has been called the "Diva of Desserts" and "the most meticulous cook who ever lived  Rose's first book, The Cake Bible

, was the 1989 winner of the IACP/Seagram Book of the Year and the NASFT Showcase Award for the cookbook that has contributed most to educating the consumer about specialty foods. A culinary best seller, The Cake Bible is currently in its 47th printing. Rose's comprehensive book, The Bread Bible, was the 2003 winner of the Gourmand World Cookbook Awards in the Best Bread Book Category. Her newest book, Rose's Heavenly Cakes

, won the International Association of Culinary Professionals Cookbook of the Year for 2010.
RealBakingWithRoseLevyBeranbaum.com.

Danielle Dolinsky – Matzo Brei with Mushroom Sour Cream Topping, Chicken Meatball and Matzo Ball Soup
Danielle was born in Odessa, Ukraine and came to America when she was 2 years old.  Inspired by the traditional nightly dinners that her father prepared for her family, Danielle has brought a modern flair to traditional recipes. Danielle hopes to keep the memories of her great-grandmother and older family generations alive through her culinary adaptations of Ukrainian cuisine. She has appeared on The Martha Stewart Show, where she showed Martha how to make her great-grandmother’s recipe for Ukrainian cheese blintzes, and currently works at Martha Stewart Living Omnimedia in digital advertising sales. Danielle aspires to host a cooking show one day.

Laura Frankel – Chocolate Mousse with Extra Virgin Olive Oil
Laura is the Executive Chef at Wolfgang Puck Kosher Catering at the Spertus Institute for Jewish Studies in Chicago. She is the author of Jewish Cooking For All Seasons

. Frankel is an avid farmer’s market supporter, giving demos and teaching classes all over the country featuring market produce. Frankel is the former chef and founder of the Shallots restaurants. She has training and extensive experience in both savory and pastry kitchens and has run restaurants in Chicago and New York. Before committing herself to her culinary passion, she played and taught both alto and baritone saxophones professionally.
LaurasKosherKitchen.com

Malcolm Green – Sachertorte, White Chocolate Torte
Malcolm has been an hotelier and kosher caterer for 41 years and has welcomed guests to Pesach in Hove for the last 20 years. For five years he was the Executive Kosher Chef for Orient Lines Cruise Company and now for both Kosher Cruise Enterprises of New York and Ophir Tours of Israel He is also the CEO of Kosher Services Worldwide, “the world's leading kosher destination wedding specialist”. Catering mainly in the U.K. and Israel he also has a base in Florida, which arranges holidays and functions all over the Caribbean. He caters worldwide including past destinations such as mainland Europe, Hawaii, Scotland, Key West, Cape Cod, the Bahamas, Jamaica, Barbados, Disneyworld & now, China. He will be hosting a glatt kosher Irish Tour August 2012.
KosherServicesWorldwide.com

Aviva Kanoff – Meatloaf with Apricot Brandy Sauce
Aviva is an artiste extraordinaire. She is a painter, photographer and mixed media artist. As a former student of the French Culinary Institute, Aviva's artistic approach led her to creative experimentation with food. After years of working as a personal chef, she's written her first book The No Potato Passover: A Journey of Food, Travel and Color

, combining her creativity with her intuitive understanding of flavors as well as her love of travel.
NoPotatoPassover.com

. Jeff is a culinary consultant, and has worked with Hain Celestial Group and Kedem / Royal Wines Corporation. Working directly within the research and development branch, Jeff is responsible for many of the new products on market shelves today. His creative approach to cooking has been well received, and Nathan has been profiled in national newspapers and magazines, appeared on TV as guest chef on many of the major networks. and was acclaimed for his best chicken soup victory seen on Food Network where he won the Throwdown with Bobby Flay challenge.
Abigael’s on Broadway 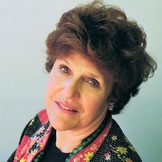 Joan Nathan – Passover Chremslach
Joan considers food through the lenses of history, culture, and tradition. She regularly contributes to The New York Times, Food Arts Magazine, and Tablet Magazine and is the author of ten award-winning cookbooks.  Her most recent book is Quiches, Kugels, and Couscous: My Search for Jewish Cooking in France 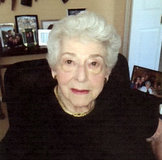 Doris Patinkin Rubin  z"l – Butter Pecan Matzo Chips, Mock Chopped Liver, Passover Butter Cookies
Doris was the proud mother of Tony award winner, TV and Broadway star, Mandy Patinkin, Often away from home, Mandy was calling his mother for recipes. He encouraged her to write down all of the recipes so they would become a legend for her 16 grandchildren. Thus was the start of her writing career, which includes two cookbooks, Grandma Doralee Patinkin's Jewish Family Cookbook

Tina Wasserman – Gefilte Fish Mold, What to do with the Soup Chicken Salad, and Brisket Prune Tzimmes
Tina is the author of  the bestselling Entree to Judaism: A Culinary Exploration of the Jewish Diaspora