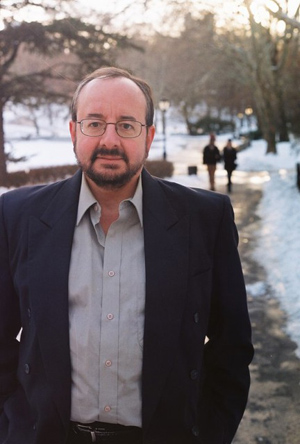 A writer, historian, rabbi, social worker, and self-taught chef, Gil Marks is a leading authority on culinary subjects in general and Jewish food in particular. In 2010, Marks was included in the Jewish Forward’s annual “Forward 50,” a list of the fifty most influential Jewish-Americans. In 1986, Marks combined his interests in food, history, Judaism, and writing to become founding editor of Kosher Gourmet magazine, a position he held for six years. Three of his books have been nominated for the James Beard Award, including Encyclopedia of Jewish Food

(Wiley, 2010), James Beard Award-winning Olive Trees and Honey: A Treasury of Vegetarian Recipes from Jewish Communities Around the World

(Wiley 2004), and his first book, The WORLD OF JEWISH COOKING: More Than 500 Traditional Recipes from Alsace to Yemen

(Simon & Schuster, 1996). In January 2012, Saveur Magazine included Encyclopedia of Jewish Food in its “100 New Classics,” as “an indispensable resource” and noting, “Whatever topic we're researching, whether it relates to Jewish food or not, we always find what we're looking for inside.” For more than thirty years, Marks has taught cooking, served as scholar-in-residence, made appearances on various television and radio programs, and lectured throughout the world. Marks is currently finishing the manuscript for his next book, American Cakes, a unique history of the United States through its classic desserts.