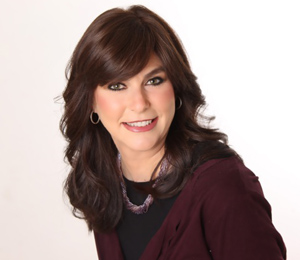 With Rosh Hashanah just around the corner, I try to prepare a beautiful simanim platter for my family, reflecting the variety of yehi ratzons that we make on Rosh Hashanah evening. Each family may have their own minhag (custom) of what they use.

The platters make the table look elegant and the kids can also get involved by making beautiful centerpieces with multi-colored apples, and jars of funky honeys. We like the honey bear, but I also get honey straws. To enhance the presentation, I buy multi-section platters or plates and I place each of the simanim dishes in each compartment, so that each siman is highlighted. I serve it with a mini-fork.

Naomi Nachman, who hails from Sydney, Australia, has appeared in her own TV specials on the Jewish Life TV network featuring her cooking demonstrations. She has also been a guest host on the QVC TV network and has been featured in cookbooks, a cooking CD and a variety of newspaper articles covering topics related to cuisine preparation and personal chefs. Naomi is also a contributing editor to The Jewish Home Newspaper, writing weekly articles and recipes. Naomi now hosts her own radio show on The Nachum Segal Network, called "Table for Two with Naomi Nachman". The show airs on Friday mornings at 9am.

Approximately 22 years ago, Naomi moved from Australia to attend Touro College where she graduated with a Bachelor of Arts with a concentration in Education. After teaching pre-school and directing day camps for nearly 10 years, Naomi began teaching cooking classes — as cooking has always been her passion. In 2004, Naomi started her own Personal Chef business, The Aussie Gourmet, to cater weekly and Shabbat/Yom Tov meals for families and individuals within The Five Towns and neighboring communities.

Naomi has also been sought after to teach cooking classes throughout the New York/New Jersey Metropolitan area, and also taught classes in Florida, Australia and Israel.
Naomi can be reached at nznachman@yahoo.com, twitter, Instagram, Facebook, website www.theaussiegourmet.com. You may listen to Naomi's radio show on Nachum Segal Network Fridays at 9am or itunes podcast Table For Two with Naomi Nachman.