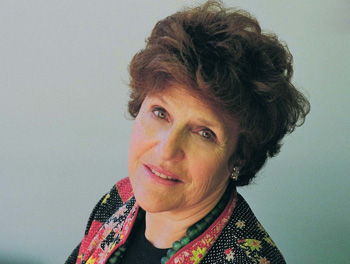 Jan Nathan considers food through the lenses of history, culture, and tradition. She regularly contributes to The New York Times, Food Arts Magazine, and Tablet Magazine and is the author of ten award-winning cookbooks. Her most recent book is Quiches, Kugels, and Couscous: My Search for Jewish Cooking in France

, which was named one of the 10 best cookbooks of 2010 by NPR, Food and Wine, and Bon Appétit magazines. Nathan's work preserves the heritage of Jewish and other ethnic cooking and encourages new traditions to take shape.

In 1994, Nathan's Jewish Cooking in America won both the James Beard Award and the IACP/Julia Child Cookbook of the Year Award. Eleven years later, these awards were bestowed upon her 2005 cookbook, The New American Cooking. Her culinary talents translated easily to television. In 2000 her PBS series Jewish Cooking in America with Joan Nathan was nominated for the James Beard Award for Best National Television Food Show. She has made guest appearances on many programs, including the Today Show, Good Morning America, and The Martha Stewart Show. In May 2011, she was awarded a Special Recognition Award from the YIVO Institute for Jewish Research for her work to preserve Jewish foodways.
The mother of three grown children, Ms. Nathan lives in Washington, D.C. and Martha's Vineyard with her husband, attorney Allan Gerson. For more information, visit her website at: joannathan.com.

Enjoy this recipe from Joan:
Open-faced Italian Plum Tart with a Meurbeteig Crust