Should we "Love it or Lose it"? 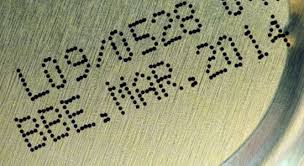 Do you have the same daily dilemma we do.. When we open the pantry or the fridge - should we "Love it or Lose it"?  What do expiration dates, sell by dates and use by dates actually mean? Is it safe to keep foods past their prime? One of our favorite TV doctors weighs in on this very important topic.

An excerpt of an article by Dr. Sanjay Gupta and Time.com
Use-by dates are contributing to millions of pounds of wasted food each year. A new report from the Natural Resources Defense Council and Harvard Law School's Food Law and Policy Clinic says Americans are prematurely throwing out food, largely because of confusion over what expiration dates actually mean.

"Use by" and "Best by": These dates are intended for consumer use, but are typically the date the manufacturer deems the product reaches peak freshness. It's not a date to indicate spoilage, nor does it necessarily signal that the food is no longer safe to eat.

"Sell by": This date is only intended to help manufacturers and retailers, not consumers. It's a stocking and marketing tool provided by food makers to ensure proper turnover of the products in the store so they still have a long shelf life after consumers buy them. Consumers, however, are misinterpreting it as a date to guide their buying decisions. The report authors say that "sell by" dates should be made invisible to the consumer.

Most consumers mistakenly believe that expiration dates on food indicate how safe the food is to consume, when these dates actually aren't related to the risk of food poisoning or foodborne illness. Food dating emerged in the 1970s, prompted by consumer demand, as Americans produced less of their own food but still demanded information about how it was made. The dates solely indicate freshness, and are used by manufacturers to convey when the product is at its peak. That means the food does not expire in the sense of becoming inedible.

For un-refrigerated foods, there may be no difference in taste or quality, and expired foods won't necessarily make people sick.
But according to the new analysis, words like "use by" and "sell by" are used so inconsistently that they contribute to widespread misinterpretation — and waste — by consumers. More than 90% of Americans throw out food prematurely, and 40% of the U.S. food supply is tossed--unused--every year because of food dating.

The result is a confused public — and tons of wasted food. Correcting these entrenched misconceptions, however, won't be easy. The report authors say the re-education could start with a clearer understanding of what the dates mean.