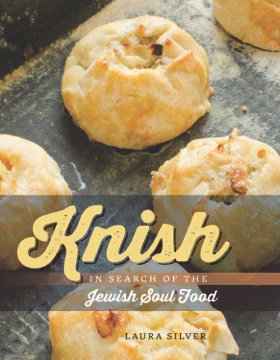 While in the old neighborhood, Laura Silver decides to enjoy her favorite treat, a knish from Mrs. Stahl's bakery, a simple dish she enjoyed with her favorite person, her grandmother. Finding that her beloved bakery had closed would lead her on a path of travel, in depth research and major noshing, and would result in what just may be considered the definitive literary work on knishes. 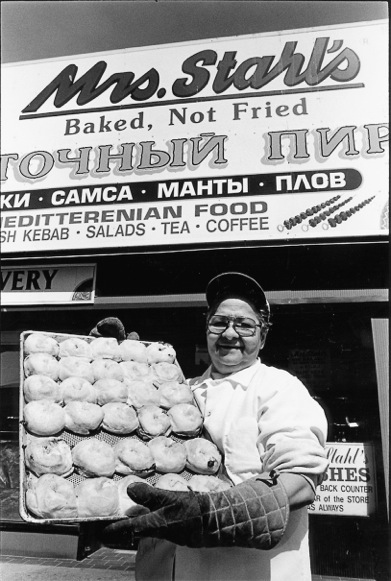 It's often said that the senses of smell and taste trigger vivid memories, but Laura Silver managed to bring back strong memories for me with her description of the deliciousness of her favorite Mrs. Stahl's knish. When it comes to food, we all have our favorite pizza place, burger joint and, it seems, even a favorite knish. As a Jewish man in his mid 50's who was raised in New York City, I am all too familiar with the knishes Silver describes. I've enjoyed them all from Mrs. Stahl's to Gabila's to the ever famous Yonah Schimmel, but her description of Ruby's knishes brought me back to when I was a child and would hear over the bungalow colony loudspeaker that Ruby the Knish Man was on the premises. Her description of Ruby's donut like, moist, fried knishes stuffed with perfectly seasoned mashed potatoes (or kasha) could not have been more perfect, and it flooded me with fond memories that had been stored away for decades.

Knish provides much more than a look at New York City's great knish bakeries. It takes us on an international journey where Laura Silver is searching simultaneously for the roots of the knish and for her roots as well. Silver takes us with her to a small Polish town with hopes of finding the birthplace of the knish but instead finds her family's origins. We tag along with her from Minnesota where senior citizens make knishes for fundraisers to San Francisco, where she meets the granddaughters of her beloved Mrs. Stahl and we feel her excitement as they share "the" recipe with her.

I don't think that when I sat to read a book about knishes, that there would be anecdotes linking the potato pastry to rap music, TV's Mr. Kotter and the Sweathogs, Eleanor Roosevelt, Sholom Aleichem, Isaac Bashevis Singer, competitive knish eating, The Golden Girls, the Borscht Belt, 1950's sitcoms, Hollywood movies, Yiddish theater in South Florida, Henry Roth novels, deli's in Canada and to an Italian pasta maker in New Jersey. Who knew?!?!?!

The argument could be made that there is no Jewish food. Jews borrowed from whichever country they had been residing but since the overwhelming majority of Jews who emigrated to the U.S. came from Eastern Europe and settled in New York City, bagels and lox, chicken soup, matzah balls, stuffed cabbage and pastrami has come to be considered not just Jewish food, but Jewish comfort food. A lesson learned is that many cultures share similar foods. Silver shows the similarity between the knish and dumplings, empanadas, and turnovers and makes quite the convincing argument that the simply prepared knish, in all its permutations is quite possibly, the king of them all.

Maybe it would help to be of a certain age or to be a New Yorker to understand and to connect with the stories of the neighborhoods, people, restaurants and foods described in a very personal way by Laura Silver but one thing is for certain, you don't have to be Jewish to enjoy a good knish.

We thank  Brandeis University Press  for sponsoring the Featured Cookbook and the FREE Giveaway!

Buy the book here: Knish - In Search of the Jewish Soul Food