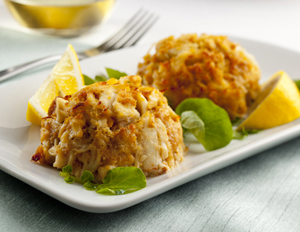 Legal Sea Foods was born in 1950 when George Berkowitz opened a fish market in Cambridge, Massachusetts. He opened it adjacent to his father Harry's grocery store Legal Cash Market where customers were given "Legal Stamps" (forerunners of S&H green stamps) with their purchases. It's here that the "Legal" name became synonymous with quality and freshness. In 1968, the Berkowitz family opened its first seafood restaurant, right next to the fish market. The fish was simply prepared, either broiled or fried, and served on paper plates at communal picnic tables. To this day, Legal Sea Foods's motto is, "If it isn't fresh, it isn't Legal," In 1998, Bon Appétit named it one of ten classic American restaurants. The restaurants are not kosher, but the Legal Sea Foods cookbooks (with over 200 recipes) are filled with many fish recipes which can be easily converted to kosher selections.

For the original cookbook: The Legal Sea Foods Cookbook

Cook potatoes
Drain and mash with 1 Tablespoon butter and sour cream
Combine with fish and set aside
Heat 2 Tablespoons. butter and sauté scallions until translucent, about 5 minutes, stir frequently ; Set aside
Beat egg; Add mustard, salt, and pepper
Stir in scallions and parsley
Combine fish and potato mixture gently, with a fork
Form into cakes about 2 -3" inch rounds
Dip each fish cake into bread crumbs
Heat remaining butter and oil in large skillet
Fry for about 3-5 minutes on each side, or until they are lightly browned and cooked through
Makes 6-8 cakes