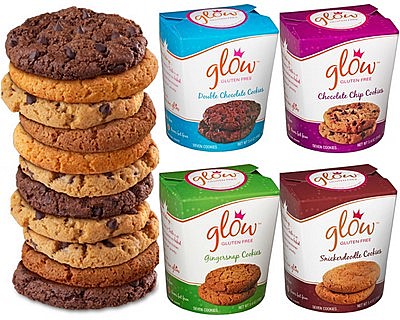 KosherEye is keenly aware of the many people who are sensitive to gluten and must restrict their diets. For most of us, eating cookies, cake, bread, and pasta is just something we take for granted – we don't think about it – we just eat and enjoy. But for the gluten intolerant person, eating those items can have a disastrous effect on their digestive and intestinal system.

It has been reported that thirty million Americans are gluten intolerant, or have gluten sensitivity, and must eliminate gluten from their diets. What is gluten? A protein found in wheat, rye, and barley and thus, the major ingredient in baked items. So, for those who cannot tolerate gluten, the choices for "goodies" are limited and can sometimes be tasteless. 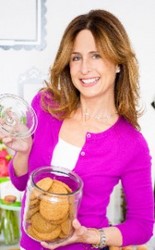 As gluten tolerant consumers, KosherEye is always delighted to meet those involved in the gluten–free food world. While attending the Fancy Food Show in New York last summer, we were invited to a reception hosted by NASFT, the National Association for the Specialty Food Trade. And who were the attendees – a select group of food Tweeters (twitter.com). We met many interesting people including Jill Brack, founder of Glow Gluten Free, producers of gluten–free cookies.

Both Jill and her daughter Stella, who is now 15 years-old, have celiac disease. With limited ready–made cookie selections available, Jill and Stella started baking their own cookies. They baked for one year – experimenting until they hit upon the perfect ingredient combination, which included both garbanzo bean and coconut flour.  The end result were gluten free, dairy free cookies made with natural and organic ingredients, baked in a certified gluten free and kosher bakery. Both family and friends loved the results and in 2008 Glow Gluten Free cookies was launched.

As Jill says, "Gluten? Who needs it? Taste is all that matters. Eating gluten free doesn’t mean you have to settle for less." The company produces four gluten-free cookie flavors:

•  Chocolate Chip – not too sweet and everyone will love them
•  Snickerdoodle – wonderful cinnamon flavor
•  Double Chocolate – a double dose of  almost everyone's favorite, chocolate
•  Gingersnap – tastes like the classic gingersnap cookie

The real taste test is when a gluten tolerant person samples the cookies and says, "Yes, this is good!" And sample we did – they are great! While we shouldn't pick a favorite, we have to say the Gingersnaps were wonderful.  Apparently, we aren't the only ones who like Jill's cookies. Rachael Ray featured them on her TV show as the Snack of the Day. The chocolate chip cookies were featured in Real Simple magazine's 15 Great Gluten-Free Snacks article. Martha Stewart invited twentyone of her favorite pastry chefs to participate in the Milk and Cookies event she hosted during the 3rd annual Wine and Food Festival in New York – both Jill and Stella were featured.

For those who must follow a gluten-free diet, these cookies are a treat. They are all natural, gluten-fee, trans fat free, preservative free, casein free, and Star K certified kosher, parve.

For more product information and to purchase, please visit GlowGlutenFree.com.