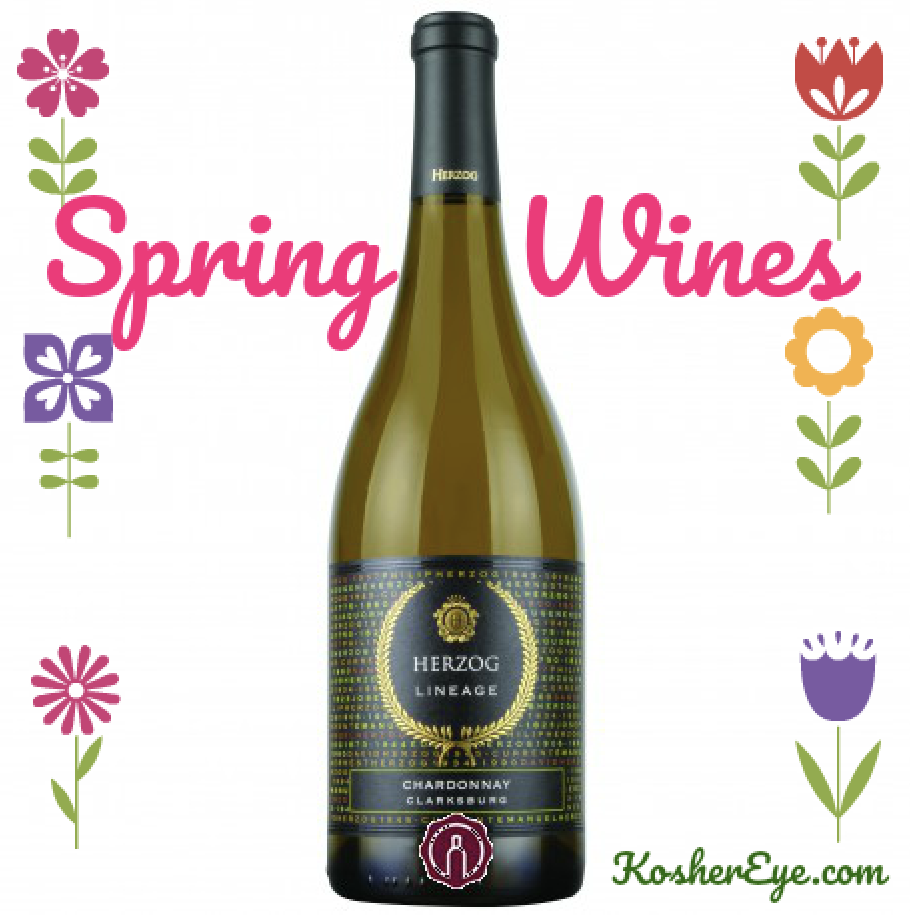 Gabe Geller, popular wine blogger and director of Public Relations for Royal Wine Corp, presents 6 kosher wine picks for spring and summer drinking, including top choices for Shavuos (May 19-21).   He recommends some favorite  light, fruity selections of whites and rosés to accompany menus of dairy, fish and salads,  and a surprising Chianti pick as well.

Elvi Vina Encina Rosado 2017 is a Spanish rosé with a beautiful, cherry pink color and a mouthful of fruits such as strawberries, raspberries, and cantaloupe. ("It sounds like a fruit salad!" Geller quips.) In fact, it’s great with fresh fruit or a fruit salad as well as soft cheeses... think goat cheese and mozzarella.

Hagafen winery in Napa Valley - Geller's current favorite is the Hagafen Dry Riesling 2016. "I love its versatility. With core acidity and green apple and lime aromas, it is sublime with either savory flavors like smoked trout or with a full-flavored cheese such as aged, sharp cheddar."

The new Chardonnay 2016 from Herzog's Lineage series is similarly versatile. "While its compatibility with chicken is undeniable, it will take a simple toast topped with Brie cheese to the next level." It has a medium body with light, creamy notes of butter and sour cream that showcase fresh tropical fruit aromas.

Domaine Les Marronniers Chablis 2016 is also a Chardonnay, but in the style of wines from Burgundy’s Chablis appellation in France -- much leaner and more mineral than its rich, buttery California counterparts. Geller characterizes it as "a light yet complex wine with notes of lemon pith, fresh almonds, and pears" that would marry well with pasta dishes or flounder almondine.

Herzog Late Harvest Chenin Blanc 2016 is delicious on its own but would be even more delicious with a piece of classic New York cheesecake. Says Geller, "The pleasant sweetness, together with the classic aromas of peach, apricot, table grapes, and orange zest, will upgrade your Shavuot dessert more than you could ever imagine!"

About Royal Wine/Kedem:  Founded in 1848, Royal Wine Corp. has been owned and operated in the United States by the Herzog family, whose winemaking roots go back eight generations to its origin in Czechoslovakia. Today, Royal Wine's portfolio of domestic and international wines range from traditional wine producing regions of France, Italy and Spain, as well as Israel, New Zealand and Argentina. Additionally, Royal Wine Corp.’s spirit and liqueur portfolio offers some of the most sought-after scotches, bourbons, tequilas and vodkas as well as hard to find specialty items such as flavored brandies and liqueurs.