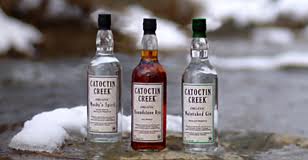 In 2009, Becky and Scott Harris founded Catoctin Creek Distilling Company, the first legal distillery in Loudoun County, Virginia since before Prohibition! Loudoun County, in Northern Virginia is known as D.C.'s Wine Country, home to more than twenty vineyards and wineries. And now it has a distillery, a kosher one at that! The products from Catoctin Creek are kosher certified by the Star-K, and organic as well. 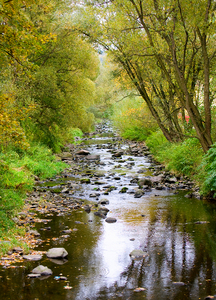 The name "Catoctin", pronounced Ka-TOCK-tin, derives from the Indian tribal name "Kittocton" which, legend has it, meant "place of many deer". It also describes a range of mountains and the creek which flows picturesquely into the Potomac River and Chesapeake Watershed.

Catoctin Creek Distilling is committed to high quality food and spirits. Their products are organic, with grain and fruit sourced locally when possible, and free of pesticides and chemical additives.  Why kosher? “Kosher is another way to respect the tradition of high quality foods.”

Both Becky and Scott Harris, Catoctin founders, are enjoying their new chosen career paths. Becky is an honors graduate of the University of Wisconsin, with a degree in chemical engineering. She has applied her education to the “science” of distilling. ”If there is a fruit, vegetable, tuber or root with starch or sugar in it, you can bet that Becky will try to distill it.”

Scott graduated with honors from Georgia Tech and pursued a career in IT and telecommunications. However, his passion for liquor, including Whiskey from Ireland, Scotland and the U.S., and Brandy from France and Germany, played a large part in his decision to re-focus his skills and build a new “spirited” career, based on his interests.

And now for the products:

Catoctin Creek Organic Mosby's Spirit is a multiple award winning, rye "white whisky".” It has a velvety smooth, sweet cereal taste with floral notes and citrus. If we aged this stuff, it'd be our Roundstone Rye whisky. But unaged, it is just as heavenly.” Awarded a silver medal at the 2010 New York International Spirits Competition and a bronze medal in the American Distilling Institute 2010 Whiskey Competition, it is versatile as a mixer, offering a new grainy sweetness to traditional vodka or rum cocktails. It can also be used in many recipes calling for whisky.
Suggested retail price $38.90 per bottle.

Catoctin Creek Organic Roundstone Rye
Roundstone Rye is actually made by taking Catoctin Creek Organic Mosby's Spirit, and ageing it in new Minnesota white oak casks.  Rye whiskey is the hardest of all whiskeys to produce, an old time favorite that is once again popular and trendy.  “It has a woody taste, with notes of caramel, rich butter toffee, and just a hint of lemon in the nose.” Roundstone Rye was awarded a silver medal at the 2010 New York International Spirits Competition. Try it as a mixer in Manhattans, or in any recipe calling for Canadian or rye whiskey.
Suggested retail price $38.90 per bottle

Catoctin Creek Organic Watershed Gin
Distilled from organic rye grain, with a secret recipe of organic herbs and spices, Catoctin Creek Organic Watershed Gin “is amazingly complex, with a rye base that shines through subtle citrus and cinnamon notes, essences of fresh cut hay, and of course a crisp juniper character.  Together, they make Watershed Gin a fine cocktail mixer.” Try it with the traditional tonic and a slice of lime or Meyer Lemon.
Suggested retail price $38.90 per bottle.

We present some “spirited” recipes, which are personal favorites of Catoctin co–founder Scott Harris and adapted for KosherEye readers:
•  Manhattan – A popular classic of the 50's.
•  Tom Collins –  Another classic cocktail.
•  Bloody Mosby – Like a Bloody Mary but with rye.

We would like to share two of KosherEye's favorite classic cocktails – adapted from vintage recipes:
Sweet Martini and Ginberry Cosmo.

For more information, and where to purchase, visit  CatoctinCreekDistilling.com.