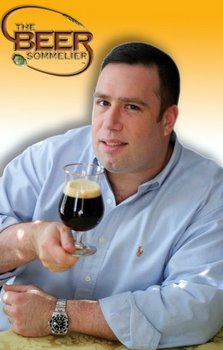 Craft beer is more a term of individual quality, attention to detail and ingredients, than the politics and size of the company producing the product. It's a reflection of the brewer's adherence to remaining true to tradition, quality and the brewery's clientele, while still being experimental and adventurous. It's all about the beer's taste and impact. Craft beers, particularly the ones described below are available at most better beer and chain groceries, including Whole Foods, Trader Joes and others.

Oskar Blues Mamas Little Yella Pils – This light offering from Oskar Blues’ is an uncompromising, small-batch version of the beer that made Pilsen, Czech Republic famous…and what today’s macro breweries have been trying to replicate for decades. Unlike mass market “pilsners” diluted with corn & rice, Mama’s is crafted with 100% pale and German specialty malts, and Bavarian hops. While it’s rich in flavor, its gentle hopping and low ABV make it a luxurious and tasty, light, summer refresher. These delicate and effervescent lagers pair very well with lighter poultry and fish dishes, as well as delicate salads and appetizers. A great meal starter.

Ayinger Celebrator Doppelbock – Celebrator has a creamy head of tight bubbles contrasting beautifully with its profound dark color. It is full-bodied and velvety from half a year's aging. Wonderful and complex, it balances the various malts, alcohol and the subtle hops. A complex fruitiness and caramel notes from roasted malt and whole hop flowers make Celebrator great a great stand-alone sipper. Despite its richness, it has a faintly smoky dryness in the finish. Pairs very well with most foods, including hot, soft pretzels. It also works well with creamier and sweeter cheeses and dishes.

Hennepin (Brewery Ommegang) – This hoppy, farmhouse style ale has a champagne like effervescence with a crisp but light on the tongue finish. Also called a Belgian Saison, this beer style pairs perfectly with many foods--absolutely unparalleled with most cheeses.

Chimay Cinq Cents (“White Label”) – Chimay Blanche (Trippel style), with its golden color, slightly hazy appearance and fluffy head is especially characterized by its bready, citrusy aroma which results from a combination of fresh hops and a proprietary Trappist ale yeast. The beer's flavor shows fruity notes of muscat and raisins that give this beer a particularly attractive aroma, which complements the hint of bitterness. There is only a little acidity, but an after-taste (finish), which is quite memorable. This top fermented Trappist beer, refermented in the bottle, is not pasteurized. A true classic.

North Coast Old Rasputin – The granddaddy of the beer kingdom, imperial stouts were originally brewed by English brewers for the great Czars of Russia. Big, bold, roasty and very strong, these beers are best served in a snifter, at cellar temperature (50-60°F), and gradually warmed to room temperature. Its notes of coffee and chocolate pair perfectly with high-cacao chocolates or rich brownies.

About The Beer Sommelier, Matt Simpson:
Matt Simpson has been involved with craft beer, for almost 2 decades. He taught Beer Education 101 at Emory University, is a BJCP,  Certified Judge, an Administrator for RateBeer.com co-founder and Managing Editor of TheBeerCellar.com, ex-President of Ale Atlanta, an award-winning homebrewer, with multiple ribbons won (including the AHA’s National Homebrew Competition), and owner of one of the largest, most robust and comprehensive beer cellars in the world.

He also writes the “Ask Beer” column for BEER magazine, as well as the seasonal beer column for In The Mix magazine. Matt has been hosting craft beer tastings since the 90’s, and is truly privileged to call some of the most accomplished brewers and beer aficionados in the world, friends. Contact Matt at TheBeerExpert.com.

KosherEye met Matt on a flight between New York and Atlanta -– after his appearance on the Today Show, where he talked about- what else- craft beer!

Unflavored beer is considered kosher without certification by most rabbinical authorities. Check with your Rabbi!