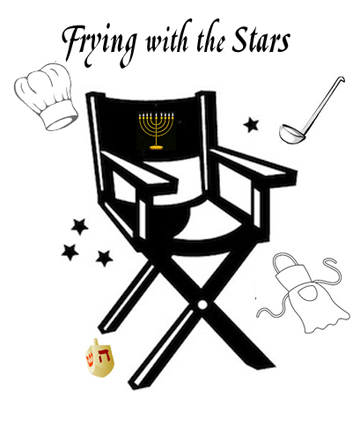 In celebration of the bright lights of Hanukkah, our popular holiday series, Cooking with the Stars returns. We are focused on the frying pan, sharing luscious latke and dessert recipes,  contributed by an extraordinary panel of 10 culinary stars.

Feed me Bubbe −  Bubbe's Potato Latkes
Everyone has their own way of making potato latkes for Chanukah. I’m not one to say whose is best, but mine are pretty terrific. The secret is just to grate the potatoes and don’t remove the liquid, as so many people do. Just follow my recipe, and you, too, will learn to be a latke star in your own kitchen. I fry my latkes in plenty of hot oil until they are well browned and lacy at the edges. Pass the applesauce and sour cream! —Bubbe
www.FeedMeBubbe.com, author of Feed Me Bubbe

Susie Fishbein − Guacamole Latkes
Leave it to Susie Fishbein, author extraordinaire of the bestselling Kosher by Design cookbook series to share her own specially designed latke recipe with us – delicious, original and unique. With the addition of avocado, black beans, Jalapeño peppers for heat, and salsa as a topping, she has created a tasty Mexican inspired latke. Susie was recently recognized as a Kosher Pioneer.
KosherbyDesign.com, author of Kosher by Design