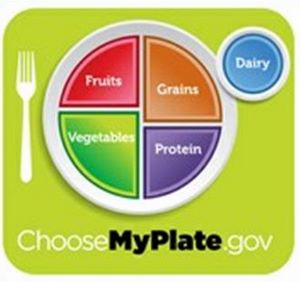 2011 was a year of exciting and innovative food trends – many are still happening, some have ebbed. It’s time for KosherEye to share our 2012 culinary forecast.* We invite you to share your thoughts and predictions with us!

Food Prices
Going up, up, up due to higher fuel costs, government regulation, and increasing demand for export. However, this costly trend is offset by the emergence of a new way of shopping, including extreme couponing, frequent shopper loyalty cards, and the proliferation of signature store brands. Fortunately, many retailers are choosing to offer house brands that are kosher certified. Consumers are using mobile devices to find discounts, sales and special offers, and sites such as Groupon, along with kosher focused sites such as Jewpon and Jdeal. Younger shoppers have been tagged the ”forever frugal consumer" using more coupons (higher than any other demographic) and constantly searching online deals.

Eating Less Meat And Poultry
Due to higher food prices, consumers are predicted to add more non–meat proteins and whole grain products such as whole–wheat pasta, tofu, lentils, brown rice and vegetables to recipes. The Baby Boom generation of 76 million, who started turning 65 years old last year, will control 52% of the total $706 billion spent on groceries by 2015 making them the nation’s largest food influencers and purchasers. This generation is especially interested in foods and beverages that offer health and wellness benefits. First Lady Michelle Obama has increased visibility and emphasis on the need for urban food gardens, healthier eating, and the new government menu guidelines.

Food Blogs: The Crowd-Eating Boom
Virtual groups of eaters are trying recipes, sharing recipes, commenting, tweaking and discussing. Culinary chat is everywhere. From the new TV show “The Chew” to the ever popular Food Network and The Cooking Channel, people are experiencing new foods together. In addition, there are many interactive food blogs online, some of which are kosher focused. (Thank you KosherEye readers!)  Perhaps we should all be called “flash feasters”. This is especially true in the kosher world where good or bad news about a recipe, cookbook, kosher product or restaurant travels quickly via blogs, Facebook and Twitter. According to Supermarket Guru, Phil Lempert, “It is about connection, conversation and a sense of community.” Gloria Kobrin’s IPhone app, Koshercookbook is a pioneer in kosher related apps. Communications via food apps proliferate, and are positioned to multiply in 2012. And, the iPad is the new star device in the kitchen, offering access to millions of recipes.

Increased Emphasis on “Farm to Fork”
Consumers are increasingly interested in the origins of their food. Thus, 2012 will bring an added emphasis to the newest food celebrity – the farmer!  A growing number of farmers and ranchers, especially those in the under 40-age group, are bringing their stories to YouTube, Facebook and Twitter. People are seeking both transparency and traceability – Do Ask, Do Tell. Sourcing labels are coming to supermarkets. In this age of transparency, inspired in part by food safety scares and recalls (such as listeria in some U.S. cantaloupes, e-coli in some German sprouts, and salmonella in eggs), there is a demand for transparency. This trend explains the growth of local farmers’ markets, the “buy local” trend, and the popularity of kosher certified foods – consumers seek the extra layer of ingredient clarity and inspection offered when food has a kosher certification.

The Food–To–Go Revolution
Food trucks are on the move with gourmet and ethnic foods. The trucks offer authentic international fare. There is a widespread prediction that  “As mobile, pop-up and food-truck obsession grows, look for big brands and chains to jump on the bandwagon with mobile offerings” Consumers have shown they’ll line up for well–priced, innovative, multi–cultural and healthy fare.” Along these lines, we applaud the new Manischewitz vending machines, which are being placed in busy locations throughout the country such as airports and hospitals. And, we look forward to kosher food trucks rolling across the U.S.

GO–LOW
The trend is for less added salt, sugar and saturated fats in 2012. Many food manufacturers and home cooks are now focused on reducing or eliminating all three of these. Surveys indicate that 62% of consumers say they plan to eat healthier in 2012. Take heed kosher manufacturers! By the way, in lieu of sugar and salt, consumers will be turning to adding flavor with exotic and ethnically diverse herbs and spices.

Eating at Home – Extreme Home Cooking
With continued pressure on the economy and the ongoing glamorizing of TV chefs and cookbook authors, more families will be choosing to eat at home – both to save money, and because of the growth of the food passionate cooking hobbyists, both men and women. Some are “Extreme home cooks”, similar to Extreme couponers, preparing recipes which offer the most for the least—coined by some as—home cooked “value meals”. Some families are eating at home more frequently to ensure healthy eating, and some to follow their love of preparing gourmet meals. Yes, kosher families fit into all 3 categories.

Some 2012 Standout Food and Ingredients
One common theme we discovered was that the list reflects an emphasis on healthy eating.

•  Honey: This age old nectar is hotter than ever. It is headed toward expanded use as a more natural alternative to high–fructose corn syrup or sugar, and as a treatment for everything from coughs to skin care.

•  Omega 3:  Dietary sources of omega-3 fatty acids include fish oil and certain plant/nut oils. It is found in fish, some nuts (walnuts) and vegetable oils (canola, soybean, flaxseed/linseed, olive). There is evidence from multiple studies controlled amounts of omega 3 reduces the risk of heart attack and strokes, and lowers blood pressure. 2012 will bring more foods infused with Omega 3.

•  Chia: According to experts including Dr. Andrew Weil, chia is a “wow” food! It is an edible seed that comes from the desert plant Salvia Hispanic, a member of the mint family that grows abundantly in southern Mexico. Chia is very rich in omega-3 fatty acids, and is being called the miracle food of 2012, rich in antioxidants, fiber, calcium, phosphorus, magnesium, manganese, copper, iron, molybdenum, niacin, and zinc. It is undergoing something of a renaissance after centuries of neglect. Chia can be added to baked goods, nutrition bars, yogurt, and other foods.

•  Healthy Oils: Are in vogue including coconut oil, palm oil, nut oils and especially olive oil. Non-hydrogenated is still the key word to seek in all oils and margarine.

•  Retro Drinks: Manhattan, Gin and Tonic, Screwdriver – all made with fresh, seasonal ingredients of course. The trend is for seasonal drinks, made with real fruits.

•  More 2012 “IT”Foods: Greek yogurt, grains such as quinoa, chickpeas, kamut, spelt, amaranth. (Yes, all inherently kosher!) and grits ((We like this one, y’all!). Herring- high in omega 3-smoked, pickled Gourmet Ice Pops made from fruit juices, beans, greens such as kale, chard and leafy veggies;  Move over Macaron, cupcake and pie (so 2011),  2012 is the year of the doughnut!

*Some of the information for this article was gathered from online reports and various Internet sources.