Rosh Hashanah with the Chef 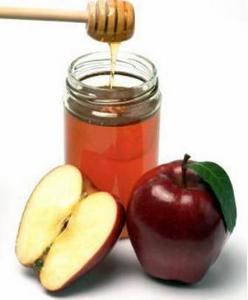 Rosh Hashanah, more than any other holiday, is all about the family and traditions. We are what we eat during the holiday and thus we eat the Simanim and say prayers of hope for the coming year. In that spirit, I think carefully about my menus and the food that I serve.

For my family, I try to make seasonal preparations that include favorites, new and old. I don’t go for flashy, “cheffy” tricks and over the top preparations. I save all that for other holidays and events. I prefer to use the holiday season as a kick–off to a period of time where we gather together and reflect.

I think of the holidays as the best time to pull out the tried and true recipes as well as incorporate a few new items. What better way to remember family members and Rosh Hashanahs past than with food?

I do always go seasonal, so, if it is hot outside, we will eat a chilled soup. If tomatoes are in season, we are eating a tomato salad or other tomato dish. I do try to bring the symbols of the holiday to each dish and let that be my guide when cooking for the holiday. 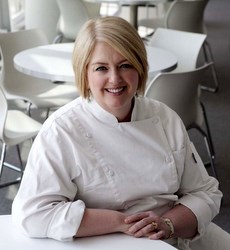 LAURA FRANKEL is the Executive Chef at Wolfgang Puck Kosher Catering at the Spertus Institute for Jewish studies in Chicago. She is the author of Jewish Cooking for All Seasons (Wiley) and Jewish Slow Cooker Recipes (Wiley). Chef Laura writes for The Jerusalem Post and Bitayavon Presents Joy Of Kosher magazine. Chef Laura is an avid farmer’s market supporter, giving demos and teaching classes all over the country featuring market produce.

Chef Laura is the former chef and founder of the Shallots restaurants. She has training and extensive experience in both savory and pastry kitchens. After Frankel had a family and began maintaining a kosher home she found that there was nowhere in Chicago serving the quality of food that she knew she could offer. She opened her first restaurant in 1999, offering kosher fine dining with a produce-driven menu. Frankel opened Shallots NY in 2000 in midtown Manhattan. In 2004, she moved her Chicago restaurant to Skokie, (a suburb with a large Jewish population outside of Chicago) and created Shallots Bistro.

Before committing herself to her culinary passion, she played and taught both alto and baritone saxophones professionally. Frankel has three children: Zachary (24), Ari (21) and Jonah (17), who all love to cook and eat great food.Her website is ChefLauraskosher.com. Follow her on Twitter.