History of Food in Jewish Italy

(Stewart, Tabori & Chang), offers quick and delicious Italian pasta recipes, most of which can be used as presented, or easily adapted to a kosher kitchen. Visit GiulianoHazan.com for more information and recipes.

Chef Hazan travels internationally and has been sharing his expertise at hands-on classes and demonstrations. Each summer Giuliano and Lael have their own Italian cooking school in Villa Giono, a Renaissance villa, outside Verona in Northern Italy. No, unfortunately it is not kosher — but perhaps, if enough of our KosherEye friends are interested, we can encourage Chef Hazan to create a special course for us. (Do let us know!)

Lael Hazan is a respected food historian and lecturer. Her subject specialties include Italian Jewish history, History of Italian Cuisine and Italian fun food facts! Lael has been kind enough to share an informative article about the history of Jewish Italian Food. Fascinating, thought provoking and delicious.

For KosherEye.com by Lael Hazan 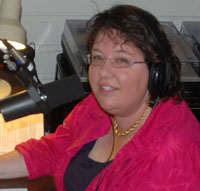 In 161 BCE the first Jews set foot in Rome as envoys of Judah Maccabee. Their arrival heralded the start of a Jewish presence that would be continuous until today, and except for Israel, the longest of any Jewish presence in the world. The fractured nature of what was to become Italy was beneficial to the Jews. When one city or region expelled them, it wasn’t far to get to another that would want their talents. The wandering Jews were a benefit to their overlords, who needed their money and trading networks.

Jews contributed to the formation of Italy. There are many great Jewish Italian artists, composers, physicians, entrepreneurs and politicians. In 1986, Rita Levi Montalcini was awarded the Nobel Prize in Medicine. But perhaps the most lasting Jewish legacy has been in the foods that have made their way into the general population.

Although Kashrut kept them apart, and most Italian Jewish dishes are the cuisine of poverty, one can find traditional recipes in almost every region in Italy. Just look for the names all’ebraica, alla giudea, alla grega, Rebecchine, Gerusalemme; the names indicate that they are the foods of the Jews. Jewish influence in Italian cooking was present even in ancient Rome; the Garum Catimoniale was a fish sauce made only from fish with scales.

Forty years ago, one could hardly see eggplant and fennel on the Florentine market. They were considered vile foods of the Jews. The latter offering evidence here, as in more important issues, of having better than Christians, a flair for discovering good things.

Pellegino Artusi, the foremost food writer of his day, was credited with establishing a national Italian cuisine, in La scienza in cucina e l’arte di mangiare bene (Science of Cooking and the Art of Eating Well), 1910, Firenze, Italy.

The Jewish diet was mostly made up of vegetables, differing from much of the general population who didn’t eat chicory, fennel, eggplant or squash until the 20th century. They were the foods of poverty, the foods of the Jews. As the interaction between the Jews and general population improved, knowledge of “Jewish” dishes increased. Now, many dishes made with “Jewish” ingredients are considered the most delicate and traditional in the land. One of the most famous Jewish dishes from Rome is the Carciofi all Giudea, the fried artichoke, that looks like a crispy chrysanthemum. In Rome the Jews were the Friggitori, the street vendors, who sold deep-fried food.

According to food historian Claudia Roden, perhaps the most famous and elegant of all risottos had its humble origins as the food of the Jews. Jews were traders and traveled widely. It is thought that in the course of their trading they brought saffron from Asia Minor into Venice. The Jews of Venice have a dish called Risi Gialli, yellow rice, that is often served on Sabbath. Today, that rice dish is known to the world as Risotto Milanese.

Jewish recipes that made it into the general population were often changed so they no longer followed the kosher restrictions. Risotto Milanese uses meat broth and, often even marrow bone, in its non-kosher variety. However, if one uses a vegetable broth made of savory vegetables it is possible to get the flavor of the historic Jewish dish. I have included the Risotto Milanese of my husband’s family. Enjoy.

A KosherEye addendum: We have had the extraordinary experience of visiting the Jewish Ghetto of Rome and dining in the kosher Taverna Del Ghetto. The most memorable dish, the Carciofi all Giudea, fried artichoke was truly superb. If you go, don’t miss this culinary treat!