Slice of Life - Whisky in the Kitchen 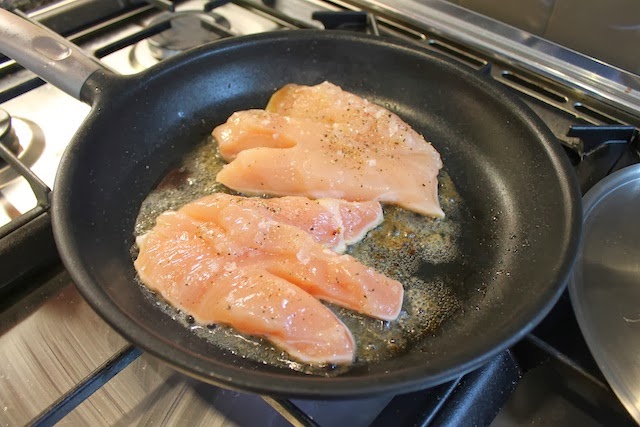 We recently had a potluck party and one of the couples brought a bottle of white whisky as a hostess gift. They had recently been to the KOVAL distillery in Chicago and knew my husband to be a fan, so they brought a bottle back for him. They raved about the tour they took and not being a drinker of whisky myself and trying to show off just a little, I made the mistake of asking if it was bourbon or whisky. What followed was a discourse on the difference between whisky and bourbon and I learned the following.

Every bourbon made is a whisky, but not all whiskys are or become bourbon. To become a bourbon the whisky has to go through a pretty extensive distillation process and bourbon is strictly an American product. Whisky on the other hand can and is, made anywhere in the world. The color can vary from clear to deep golden brown.

The white whisky we received was a big hit and made the half of bottle of the other stuff we've had on the shelf for the past 10 years (not big drinkers here) seem like something we needed to get rid of to make room for the good stuff. Not wanting to "waste", I decided that, much like I use the last bits of wine in the bottle for cooking, I'd whip up a few recipes utilizing the stuff we had left.

The following recipes are sort of a hodgepodge of fun and different ones that will help you utilize any and all leftovers that might be gathering dust in your liquor cabinet.

CAVEAT; The following recipes all use some form of liquor and for those that don't or can't include liquor in any form in their diet, I will suggest that you use white grape juice as a substitute or flavoring such as rum or almond. You should know, however, when you cook with alcohol of any kind the cooking process burns off the alcohol and leaves only the flavor.

KosherEye Note: According to Wikipedia the work whisk(e)y is spelled differently in different regions. The spelling whisky is generally used in Canada, Japan, Scotland, England, and Wales—while whiskey is more common in Ireland and the United States.

Eileen Goltz is a food writer and host of Slice of Life on NPR. Born and raised in the Chicago area, she graduated from Indiana University and the Cordon Bleu Cooking School in Paris and currently lives in Fort Wayne. She writes for the Journal Gazette and various newspapers, magazine, websites and blogs throughout the United States and Canada. She is the author of the Perfectly Parve Cookbook (Feldheim) and is a contributing writer for the Chicken Soup for the Soul Book Group, Chicago Sun Times, Detroit Free Press and Woman's World Magazine. Visit Eileen at her website: CuisinebyEileen.com.