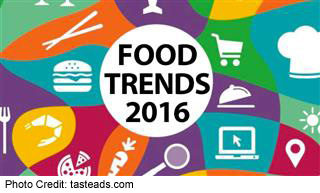 As we head toward a new year, leading food trend forecasters have shared their predictions. We present some of these forecasts relevant to the kosher consumer. Mintel, the world's leading market intelligence agency reports that there is still a consistent rise in kosher product claims... the rationale: Consumers believe that kosher is more “wholesome”. Less than 2% of the US population is Jewish, but 41% of the country’s packaged food and beverages are labeled kosher. Many consumers buy kosher for non-religious reasons. Some such as positive health or taste perceptions, vegetarian reasons or to avoid allergens, such as shellfish.

*Some of the information and statistics for this article were gathered from online reports and various Internet sources.