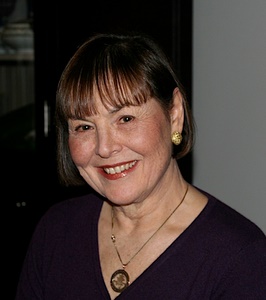 We are sharing a delightful story from our KosherEye "Foodie" Friend, Ronnie Fein, author of the cookbook, Hip Kosher: 175 Easy-to-Prepare Recipes for Today's Kosher Cooks

(Da Capo Press). For many people, food evokes memories. How many times have you tasted something and said, or even thought, "This reminds me of my mother, mother-in-law, or grandmother's recipe for..." ? Or remember a family gathering where a  particular food item was served and wished you had the recipe? Old family recipes are treasures, just like old pictures –  they are reminders of our past and we should consider them heirlooms.

We, at KosherEye, do equate certain foods with childhood memories. We remember our grandmothers either using their hands or an empty Yahrzeit glass to measure ingredients. It is not always easy to translate "handfuls" or Yahrzeit glass measurements to modern day equivalents. But Ronnie Fein took the time to do so for one such treasured recipe – her grandmother's challah recipe.

Ronnie's grandmother (her Dad's mother) was not an especially accomplished cook but did make wonderful challah and gefilte fish. "Her challah recipe notes listed ingredients and NO instructions, except for 'bake as usual.' The original recipe had 8 hands of flour, 1/2 hand sugar, a 'regular cake' of yeast, 4 eggs, a small glass of oil (crude anyone??) and no amount on the water. I wondered about hand size."

But Ronnie did know enough about baking bread to figure out how much liquid and yeast are require to make 6–8 cups of flour rise. "I experimented, starting with 6 cups of flour and using 4 large eggs, and one packet of yeast. The bread was good but not great. I tried several different formulas, always keeping to the 4 eggs, using 8 cups of flour, which would need more than one yeast packet (so I used 2). I guessed the amount of vegetable oil based on other bread recipes. I also gradually increased the sugar from 1/4 cup to 1/2 cup. After about 6 tries I got it right – at least everyone who has eaten my challah says so! I make two 8–cup challahs for any occasion and always have an extra in the freezer" said Fein.

Ronnie told us she recently had lunch with a long lost cousin, on her father's side, whom she hadn't seen in 40 years. "We started talking − he had been brought up by those grandparents. He started to talk about my grandma's challah and said it was legendary.  In fact, once one of her challahs went up at auction for their synagogue and it raised $100 and that was in the 1930s!!"

We thank Ronnie for taking the time to translate her grandmother's recipe into one that is enjoyed by her children and grandchildren and is certain to become an heirloom.  Enjoy Ronnie Fein's Grandmother's Heirloom Challah recipe!

If you have heirloom recipes, please share them, and the story, with KosherEye.

Ronnie Fein can be contacted at her website, Kitchen Vignettes.