Author of Kosher Nation: Why More and More of America's Food Answers to a Higher Authority 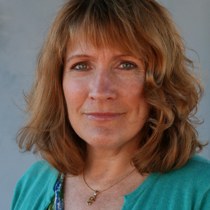 Tell us about yourself:
I was not brought up in a kosher home, but in the last few decades, I have become more Jewishly learned. There seems to be a growing number of liberal Jews going through the same transformation, with increased interest in their own Judaism and their moral potential. I have been heading in a kosher direction for 20 years. It has been 10 years since I have brought any meat into the house – my kitchen is actually vegetarian.

What target market do you anticipate will read Kosher Nation?
I am writing for the Jewish population, the American consumer, and the ordinary American food shopper. Over 11,000,00 Americans buy kosher.

As we read the book we were impressed by your extensive on–site research. Were you welcomed into the kosher factories and slaughterhouses or were they skeptical about your presence?
Sue was welcomed at Chabad owned Agri-Processors due to the relationships she built when writing her last book, The Rebbe's Army: Inside the World of Chabad-Lubavitch

She visited a slaughter house in Baltimore with Star-K Rabbi Avram Pollack. The experience changed the way she looks at her food. Although she maintains a vegetarian kitchen, she does eat meat. However, she now appreciates meat more and the blessings said with meals. She witnessed the care and seriousness of the Shochet, and saw how hard he works. She feels the shochet does not get the respect he deserves.

We asked about the “politics” of kosher:
Kosher certification is a business.  Do all book store owners get along? The big four (OU, Star-K, Kof-K, O-K) have a good kosher relationship—Friendly competition. But in some neighborhoods, in some “frum” communities competition is not always so friendly. This is often based on personalities, religious values or both.

The amount of information in Kosher Nation is comprehensive and extraordinary! How many years did it take you to research and write this book?
It actually took one and one half years, but I had been collecting information for years prior to starting the book. (Sue has been a Jewish journalist for 20 years.)

Were you welcomed into kosher mainstream corporate America?
Yes! Most food companies were gracious.

Two examples: She was inside the Tropicana plant in Bradenton, Florida when the line was kashered for Pesach. She wandered around the Häagen−Dazs plant in Bakersfield, California with the mashgiach. According to Sue, most companies admire and trust their mashgiach!

Sue related a remarkable experience which started in a secret location − in a western Pennsylvania flour mill. One night at this mill, under strict kosher supervision,  wheat was ground into flour. After the process was complete at 2 AM in the morning, she  observed the kosher supervised flour being poured into a 50,000 gallon tanker and sealed. In the middle of the night, Sue, along with the trucker, then embarked on a road trip to a Manischewitz plant where it would be baked into matzoh. Another machgiach was there, waiting to unseal it. If, upon arrival the seal had been broken (it was not), the entire shipment would NOT have been kosher for Passover.

Would you identify yourself as an investigative reporter?
No I am an enterprise reporter – I look for trends.

Do you like to cook?
I enjoy making Sweet and Sour Cabbage – Ukrainian kind.